Frédéric Fabi was born 49 years ago to a Beninese father and a French mother.

Early entrepreneur, curious and passionate, he still run the company he created 25 years ago.

Paternal culture, he has always wanted to carry out a project involving his continent of origin. His young brand Abiola embodies his will to, in all humility, contribute to the development of Africa and more precisely of Benin.

An inclusive project, a bridge between his roots and his life today, like a natural and obvious transmission.

In Nago, a Beninese dialect, Abiola means “ Born in pride”

Our goal is to make you proud : proud to wear our creations, but most importantly proud to take part in our inclusive project. Your purchase will enable Zimon (located 60 kilometers from Cotonou) children to receive quality education. Abiola is a meaningful connection between you and those African children.

Your pride will be ours

Massively adopted and worn throughout West Africa, the Wax cloth, is now emblematic of African identity. However, only a few know that the cousin of the Indonesian Batik, is mainly designed and produced in Europe, and especially in Netherlands.

The Wax cloths are dyed following a procedure of application of drawings made of bee wax. Colorful, their success has rapidly spread throughout Africa. Used basically as loincloth, they are now also sewed to make clothes.

Over the last decade, those cloths have been knowing a growing popularity in Western style. Designers have cornered them not only in fashion but also in the area of artistic creation. 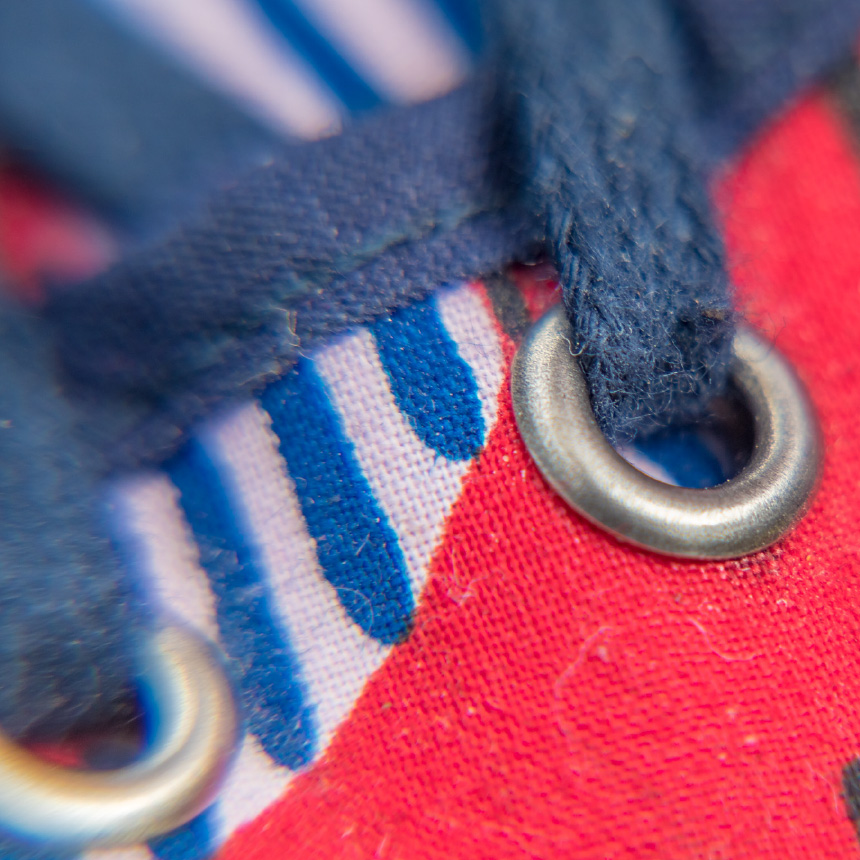 Today, our shoes are made in Spain, and the cloth is produced in Netherlands, just like most Wax cloths.

A next step will be to work with the African ecosystem to design and make our products while being eco-responsible.

To launch our project, we have made 600 pair or shoes (unisex), in 3 different cloths.

We only need 3 weeks to make our pair of shoes. Therefore, don’t hesitate to order your size even if it is temporarily not available!